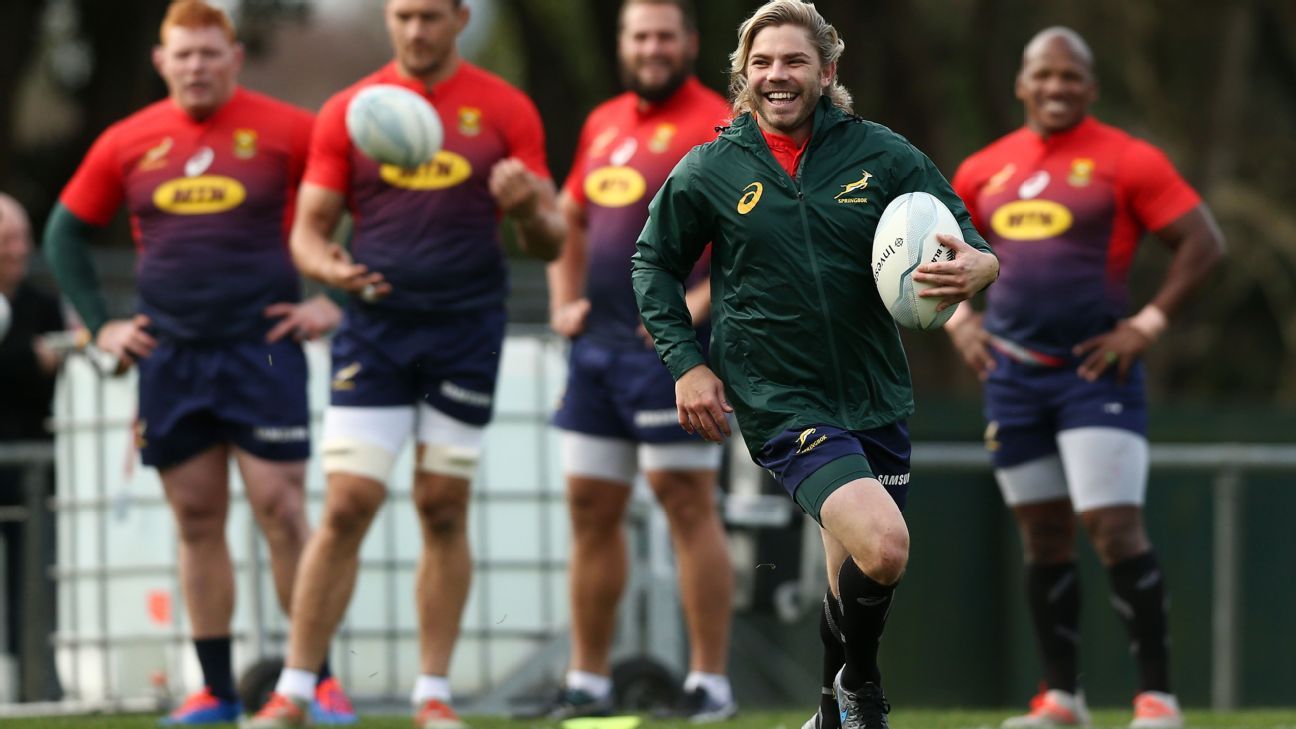 Experienced No 8 Duane Vermeulen will captain South Africa against New Zealand in Wellington on Saturday, with head coach Rassie Erasmus making 12 changes to the starting side that defeated Australia having sent a group of players to New Zealand last Thursday, in advance of the remainder of the tour party.

Eben Etzebeth, who captained South Africa to their 35-17 victory against the Wallabies in Johannesburg, and Pieter-Steph du Toit are the only forwards retained from last weekend’s starting side, with winger Makazole Mapimpi the only backline player in the starting line-up who started last weekend.

Willie le Roux returns at fullback while Cheslin Kolbe is on the right wing as reward for his sensational form with Toulon in France.

Damian de Allende and Lukhanyo Am combine in midfield outside the first-choice halves pairing of Handré Pollard and Faf de Klerk.

Up front, Vermeulen, Du Toit and Kwagga Smith combine in the back-row, with the former Blitzboks speedster set to earn his second Test start having made his international debut against Wales in Washington last year. Franco Mostert partners Etzebeth in the second row, with Steven Kitshoff, Malcolm Marx and Frans Malherbe in the front-rank.

Erasmus said the Boks would not be carried away by their home win over the Wallabies, which was South Africa’s biggest win over Australia in the past five years.

The Springboks only have two more Tests in the shortened Rugby Championship, and two more internationals against Argentina and Japan, before the start of the Rugby World Cup in September, and Erasmus is looking forward to seeing what his team can do against the defending world champions.

“We have the utmost respect for the All Blacks who are the undisputed number one rugby team in the world,” Erasmus said.

“We know we will have to be at our very best to be competitive against the All Blacks on Saturday and that is why we have sent a group of players in advance to Wellington, so they could acclimatise after the long trip over from South Africa.

“The New Zealanders are a very experienced and settled side while we have some catching up to do in terms of where the two sides are at the moment.

“They are bringing back their Crusaders players, who were all rested after the Super Rugby final, so we are in for a huge battle against the best team in the world.”

Erasmus said of the decision to hand the leadership duties to Vermeulen: “It is important that we continue to build on our leadership for this important year, especially while our regular skipper, Siya Kolisi, is out of action because of injury rehabilitation.

“Duane is an experienced captain and we have a strong group of leaders in the team, which includes Eben Etzebeth and Pieter-Steph du Toit, who have both captained the Springboks before, as well as a number of other franchise captains.”