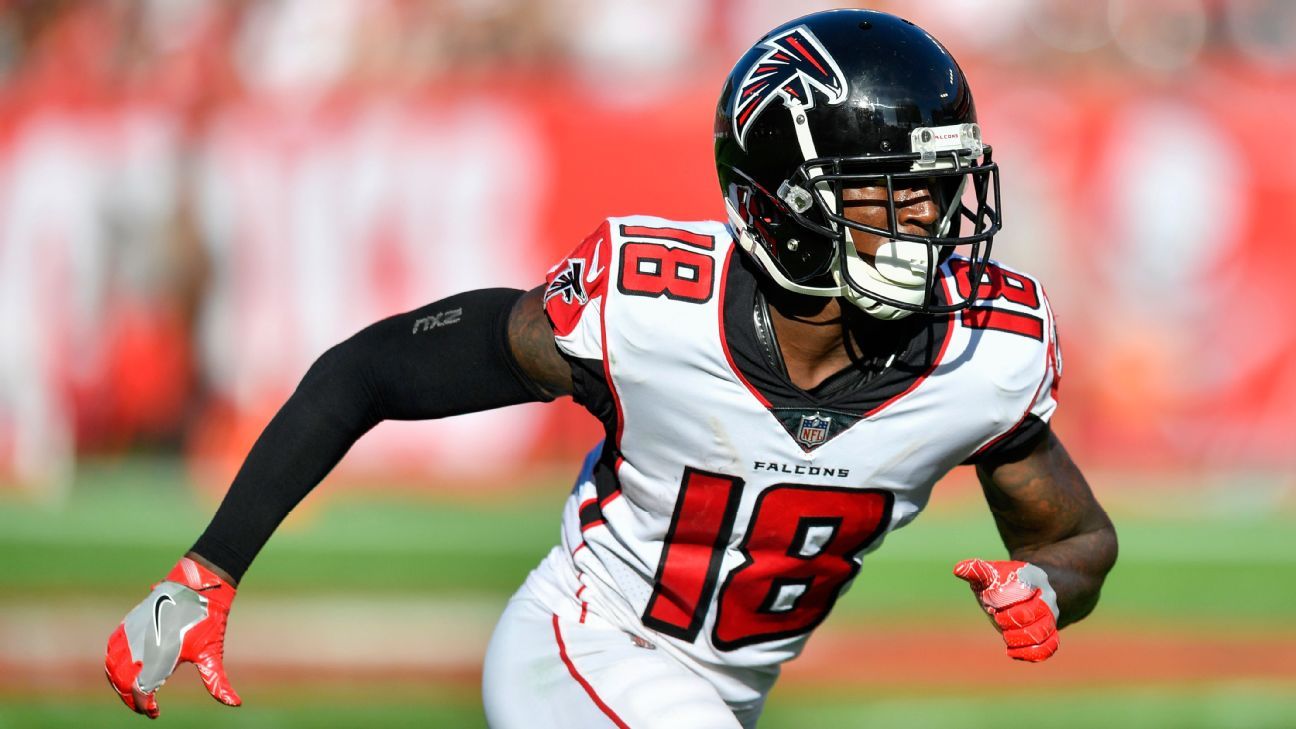 Sure, the Atlanta Falcons wide receiver appreciates the pats on the back and high praise coming off his rookie year, as he led the team with 10 touchdown receptions. But Ridley understands it would be foolish to be content with his debut season, knowing he needs to accomplish much more over a longer period to be recognized among the NFL’s elite.

“I definitely want to be great,” Ridley said. “I want to be one of the best. But I’ve got to work. I’ve got to play good all the time. Then I’ll feel good about it.”

Falcons coach Dan Quinn preaches about the significant jump players often make from Year 1 to Year 2, which only adds to the lofty expectations for Ridley as the likely No. 2 target behind Julio Jones in 2019. Ridley is one of a handful of second-year receivers who could be poised for big seasons along with Carolina’s DJ Moore, San Francisco’s Dante Pettis, and Denver’s Courtland Sutton.

Falcons quarterback Matt Ryan already feels a certain comfort level with Ridley, a player who brought a veteran-like savvy to the offense immediately.

“Calvin’s been unbelievable since he stepped foot in the building,” Ryan said. “I think he’s got an eagerness to learn. He has a real desire to be the very best player that he can be. And he’s competitive. Every day he comes to work, he works really hard. And he puts in the effort. It’s impressive to watch.”

Ridley admitted he pressed too much last season, overextending himself during the practice week and exhausting himself by game day. Wide receivers coach Raheem Morris, although complimentary of Ridley’s relentless work ethic, had to coach Ridley to slow down and pace himself. Ridley’s persistence showed after many practices. He’d spend an extra 10 to 20 minutes working on the Jugs machine as most of the rest of the team retreated to the locker room.

During games, Ridley showed from the jump how dominant a route runner he could be, particularly on slants and go routes. His first touchdown, in Week 2 against Carolina, featured Ridley forcing Panthers cornerback Donte Jackson to lean outside, then dipping inside with an Iverson-like crossover off the slant. He had three steps on Jackson for the 11-yard score.

“His ability to separate at the line of scrimmage, his release, he’s very tough to get hands on for a DB,” Ryan said. “He uses his body movement well. He uses his hands well. And he uses his feet really well to create separation versus bump coverage. That gives him a chance to show his top-end speed and his route-running ability when he makes people miss off the line of scrimmage.”

Ridley needs to improve his deep inside breaking routes. Such routes could be that much more explosive for him because of his catch-and-run ability.

Another asset of Ridley’s that points toward a bright future is his eagerness to learn. It’s evident in how he communicates with and listens to Jones. Ridley could be the one succeeding Jones as the team’s top receiver one day.

“He’s got one of the best mentors that you could possibly ask for in Julio,” Ryan said, “a guy who can come talk to him after he’s gone through certain stuff and say, ‘That was really good, I liked your release,’ or, ‘That was pretty good, but if you try this, setting up in this way, you might be able to create more separation.’ I think their relationship and the way that those two communicate has really accelerated Calvin’s career.”

Said Jones, “You can’t win if you hide [pointers] away from younger guys. You want them to be their best and be able to go out there and perform week in and week out for you. … I want everybody to be successful.”

Last season, Ridley tied Mohamed Sanu for second on the team with 92 targets, behind Jones’ 170. Ridley’s targets could increase simply because the Falcons have Dirk Koetter, known for being pass-oriented, back for a second stint as offensive coordinator.

Ridley doesn’t consume himself with targets or touches.

“Right now, I’m just working, staying focused, and keeping my head on winning football for the Falcons, and hopefully getting a Super Bowl,” he said. “Then the stats and whatever, those come later.”